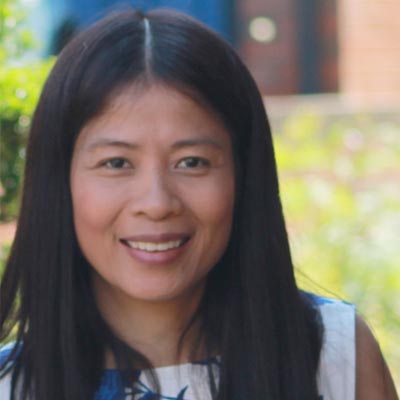 Dr Chung Pham is a UK and Vietnam-based educator and researcher who grew up in the regions of Vietnam most acutely affected by the scourge of human trafficking. She holds academic credentials from various reputable universities in Vietnam, Australia and the UK; with her scholarly work largely focusing on teacher training, educational leadership, and management. However, her doctoral research, concerning the socio-economic issues and educational inequalities affecting linguistic minority groups in Vietnam, prompted her to shift priorities.

Chung has since become a Vietnamese advocate for unaccompanied asylum-seeking children (UASC) with local councils in the UK; working closely with social services, particularly with practitioners and safe houses who look after Vietnamese youngsters – often those identified as victims of trafficking and/or modern slavery – in order to provide much-needed specialist support. She has also acted as a court interpreter in numerous social care and criminal proceedings.

Additionally, Chung has volunteered for various charities; helping vulnerable Vietnamese adults and minors access legal assistance and protection, and assisting in locating family members whom they have lost on the journey to the UK. In Vietnam, Chung has also worked with local officials, British Embassy Hanoi and leading organisations fighting against human trafficking. Through her work, Chung has observed at first-hand cases of vulnerable people disappearing from care, often never to be found.

Witnessing such traumatic cases inspired Chung to join Locate Centre for Missing People Investigations and work to make positive changes; she is thrilled to be able to utilise her wide- ranging skills to help defend vulnerable people in Vietnamese communities. This is part of her greater ambition – to combat human trafficking and labour exploitation.