Can you help us trace this man’s next of kin?

At around 10.20 pm on the night of Thursday 22 January 2015, a man was fatally struck by a car outside The Bell Pub on Forest Road, Walthamstow.

No identifying documents were found on the man and he has never been formally identified. Police believe he was living nearby under the name of ‘Brian Wallace’ and had worked as a local builder for many years. It has been suggested that he had family in Sheffield and possibly a sister in Neasden – but it has not been possible to verify these details and no family members have so far been traced.

We have discovered he sometimes drank in The William the Fourth pub on High Road Leyton, and that he may have had a houseboat on the River Lea.

Can you help us answer the questions that may identify him?

Did you hire him as a builder – or do you know who he worked with?

Did you ever drink with him in The William the Fourth pub?

Did you work with him or know him from elsewhere?

Do you know where he lived?

Did he tell you his name or anything else about himself?

Any information, no matter how small it may seem, could hold the vital clues that will help us find his family and / or friends. 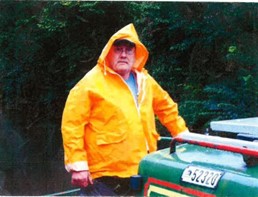 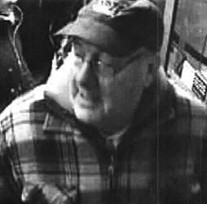 Six months ago, we allocated a dedicated team of investigators to re-look at the case of a man who was fatally struck by a vehicle in Walthamstow, in January 2015. Since his death, his next of kin have remained untraced, but volunteers believe there is hope yet as they have discovered the man likely had children.

Original reports in 2015 revealed that the man ‘may have had family in the Sheffield area’, however after re-engaging with the Walthamstow community, Locate investigators have found that he spoke specifically of children that he had lost touch with.

If you have any information you think may be relevant, or if you can tell us anything you know or knew about ‘Brian’, please complete the form below.

Please share this campaign with your friends and family, so you can help us identify this man.

Any information at all may help, as it may match something already submitted by others. No matter how small the detail may seem,
it could be the vital clue that leads us to solving this cold case. We have a team of investigators ready to handle all submissions –
everything is helpful, and your submission can be anonymous.