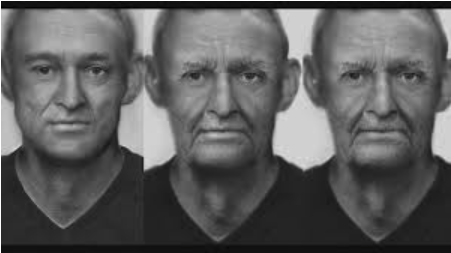 On 14th November 2015, a male’s skeletal remains were found in Clocaenog Forest near Ruthin in Denbighshire, North Wales. It is believed the body had been at the location for several years. The computer-generated age-progressed images show what he would like aged 50, 60, and 70 years old.

While the forest is in a remote part of North Wales, two attractions make the wider area known to people far beyond the small communities in the surrounding wilderness with Ruthin the nearest town. The Wales Rally GB, formerly the RAC Rally, often hosts stages nearby, drawing in significant crowds and close to Llyn Brenig, a popular sailing location.

His age at death is estimated at 54 years old, but more likely to be in his 60’s. He is described as between 5ft 8in and 5ft 10 in tall and stocky build.

Dentistry work is equivalent to that used in the UK between 1980 and 2000. The post-mortem showed he suffered from arthritis and an inflammatory joint condition. A previous spine injury in his mid to lower back would have been painful and likely reduced his mobility. There was also an injury to his left wrist, and he had a broken nose.

A badly decomposed pair of Marks and Spencer underpants and dark green Pringle jumper was recovered close to the remains. They may have belonged to the individual, although this cannot be confirmed.

The skeletal remains of a male were discovered at Clocaenog Forest, Denbighshire. It is believed the body has been at the location for several years. He is believed to have been over 54 years of age at the time of his death, most likely in his 60s, and was born before 1950.

North Wales Police launched a murder investigation. Detective Superintendent Iestyn Davies said it had been “challenging. The body was fully decomposed and said he felt the man had been killed elsewhere and dumped in the woods sometime between 1995 and 2005.

Pathology tests showed the man had died from significant blunt trauma to the head.

The investigation is being led by our team at the University of South Wales.