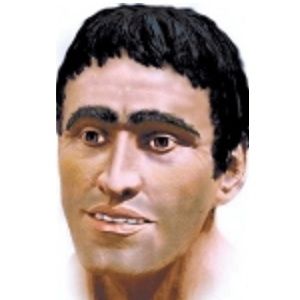 Nearly two decades ago, decomposed human remains were found on moorland at Halse Lane near the village of Winsford, Somerset, England.

The man was wrapped in black bin liners and bedding. Alongside him were several items, including underwear and a distinctive gold pendant featuring a verse from the Quran. The Arabic script was of the ‘Belief Of Faith’ Chapter 2, Verse 255 of the Quran referred to as Surahal-Bagarah or ‘The Throne’.

he results of radiocarbon dating and other forensics suggest that he died in late 1999 to June 2000. Police believe his body may have been there only a few months but feel he was deceased for longer and possibly kept elsewhere.

The cause of death is unclear, but there is evidence that he was subjected to violence around the time of his death.

The man was estimated to be between 25 and 35 years old and between 5ft 7 and 5ft 8 in height. He wore blue and white Striped 32″ waist ‘Adidas’ shorts.

The initial investigation will make enquiries into the jewellery found with the man. The research will be undertaken into missing person reports from the period around the time of estimated death on both a national and international level.

The investigation is being led by our team at Staffordshire University.