No Body Murders and Helen’s Law 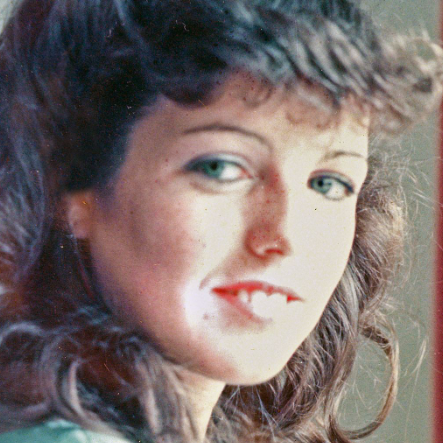 The importance of my study is that it is able to educate current and future professionals on the complexity of homicides without a body. It was an extremely difficult task researching this topic as I found that there was a scarcity of existing literature concerning no-body homicides, therefore I decided that I would conduct a number of interviews in order to gain some of the most unique and personal responses in order to educate others since there is such limited knowledge in this specific, complex area. The analysis of the responses from interviews demonstrated that a large issue was associated with evidence that is available to prove that the victim is deceased and being able to link the offender to the victim, how do you prove that someone is guilty of murder when the best piece of evidence- the victim’s body, is missing? The results indicated that due to the advancements in technology, this process is now easier than before and allows a better chance for the criminal trial resulting in a successful conviction, without a body. On this basis, it is recommended that juries are understanding that they can still convict based solely on circumstantial evidence if the case is proved beyond a reasonable doubt and that someone can still be guilty of murder even if there is no-body presented as evidence. Further research is needed to identify other factors that could strengthen the effectiveness of these cases as well as introduce new techniques that could allow us to find the victim’s remains more promptly in order to allow their families to give them a proper burial.

The catalyst for my study was the disappearance and murder of Helen McCourt, along with the proposals being made for Helen’s law. Helen McCourt was twenty-two years of age when she vanished whilst on her way home from work on February 9th, 1988. Helen’s family searched everywhere but to no avail. As the hours passed and inquiries from Helen’s family drew a blank, Helen’s mum, Marie contacted police and a missing person’s report was filed. Merseyside Police knew that something was not right due to the circumstances, therefore, concerns were quickly heightened as this was out of character for Helen who was described as a reliable young lady. Police canvased the area and found out that Helen had been seen by a passing neighbour, getting off the bus which was located no less than two hundred yards from her home in Billinge. In the same location, police investigators were led to a pub known as ‘The George and Dragon’ as they learned that the landlord of the pub, Ian Simms had recently banned Helen from the premises. Police began questioning Simms and he quickly became the prime suspect in Helen’s disappearance.
Ian Simms, the landlord of ‘The George and Dragon’ was convicted of Helen’s murder in March 1989 at Liverpool Crown Court. He was sentenced to LIFE imprisonment with a minimum tariff of sixteen years.

Helen’s case was only the third ever murder trial in British legal history (since the second world war) without a body. The conviction for Simms was secured on overwhelming DNA and forensic evidence, setting another legal precedent as Helen’s case was the first where a murderer was convicted using DNA evidence linking them to the crime. During the trial, the prosecution presented forensic evidence showing there was blood found in the private premises of the pub. There was a thumb print in blood located on a door frame which was later confirmed to be the fingerprint of Ian Simms’s in what was believed to be the blood of Helen, airborne drops of blood were also found on the stairs and wallpaper. The blood was tested during this time and was deemed to be 168,000 times more likely to have come from a chid of Marie and Helen’s father. Through appeals and criminal case reviews, Marie fought to have this evidence re-examined, the statistic for the blood comparison has now risen to 1.1 billion. This figure is the most recent from tests requested by Merseyside Police.
To this day, Ian Simms has maintained his innocence and so has refused to reveal how and where he has disposed of Helen’s body. For years family and friends formed search parties, scouring and digging woodland, fields, reservoirs, pits, tunnels and abandoned mine shafts in the hope of finding Helen and being able to lay her body to rest. It has now been over thirty years since Helen McCourt was murdered; her family still continue to search for Helen’s body.
The proposals for Helen’s Law are simple; if a killer refuses to co-operate and give information that will reveal the location of the victim’s body and show remorse for their actions, they should not be considered eligible for parole and thus will remain in prison. This would effectively mean a whole life tariff for murderers who continue to refuse to disclose the location of their victim’s body, preventing their families from giving them a proper burial. It would also automatically apply the following, rarely used offences in trials of murder without a body; preventing the burial of a corpse and conspiracy to prevent the burial of a corpse, disposing of a corpse and obstructing a coroner. A version of this law is in effect in several states within Australia and there is public support in the United Kingdom for such legislation.

No body homicides are unique in all aspects and undoubtably offer a numerous amount of challenges for all involved as each case is circumstantially different. My study attempted to ascertain and record the personal opinions and experience from a number of individuals who have all had involvement with a no-body homicide as either an investigator, prosecutor or victim advocate. The participants words in my research suggested that through the ever-evolving advancements in forensic science and technology, no body homicide cases are being tried more in courts and ending in a successful conviction than ever before. However, in terms of research it is suggested that more needs to be done in order to understand offender behaviour, search techniques and legal loopholes that may affect and prolong such cases from securing a conviction.

As of May 2019, murderers who refuse to disclose the location of a victim’s body may be denied parole under a new law set out by the Justice Secretary. The law is to be named after Helen McCourt, ‘Helen’s Law’ will place a legal duty on the parole board to reflect the failure to disclose the site of a victim’s remains when considering the prisoner’s suitability for release. The change in law follows Marie McCourt’s relentless campaign to have the law changed and is a milestone in the English legal system. The government is now acting to acknowledge the particular anguish that is faced by families who do not have the chance to lay their loved ones to rest. Marie McCourt stated to the Ministry of Justice, “This legislation will mean that myself and many other families will, hopefully, not have to endure the torture of not knowing where their loved ones remains can be recovered from”. The guidance for the parole board is already clear that offenders who withhold information may still pose a risk to the public upon their released and could therefore face longer time in prison, ‘Helen’s Law’ will for the first time make it a legal requirement to consider this withholding of information when making the decision on whether an offender should be released. It is important to note that Human rights legislation protects against arbitrary detention, the new law however balances this with the need and duty to keep the public safe, the proposals take into account the instances where a murderer may genuinely not know the location of a victim’s body if, for example, the body has been moved.

“To lose a loved one to murder is horrific, to be denied their funeral causes unimaginable suffering”. Marie McCourt still wants to give Helen the dignified funeral she deserves and there is still a chance that this can happen through the use of Helen’s Law, but to know that Helen has made such a huge difference has brought Marie an enormous sense of comfort. A legacy in her daughter’s name means that Helen will never be forgotten.
Three key recommendations were tailored from my study for the purpose of helping current and future professionals who may find themselves dealing with such complex cases of murder.

1) Investigators must look into everything they’ve got, in terms of processing the initial crime scene if there is one, understanding all of the victimology in order to link the defendant with the deceased, understanding potential motives, and analysing mobile phones, CCTV and other passive data. When all of this is put together, it presents a mosaic effect of circumstantial evidence which will be compelling enough to prove that the victim is deceased, and that the defendant killed the victim and disposed of their body. Never be afraid to ask for help of the public and the media. Never stop trying.

2) It is essential that special training is given to prosecutors and police investigators in order to help develop the skills required to present evidence in a way that can be understood by all- it is not only vital for investigators but also the prosecutor so they are able to help assist in the direction of the investigation and search for relevant evidence. They need this level of understanding as they cannot be persuasive if they are not informed.

3) The parole board should now act in support of Helen’s Law as directed by the Department of Justice to ensure that justice is carried out for the victim and their families. It is not about keeping the defendant in prison for the rest of their life to punish them but giving them the incentive to co-operate with authorities and admit to where the victim’s body is located before, they can be released.