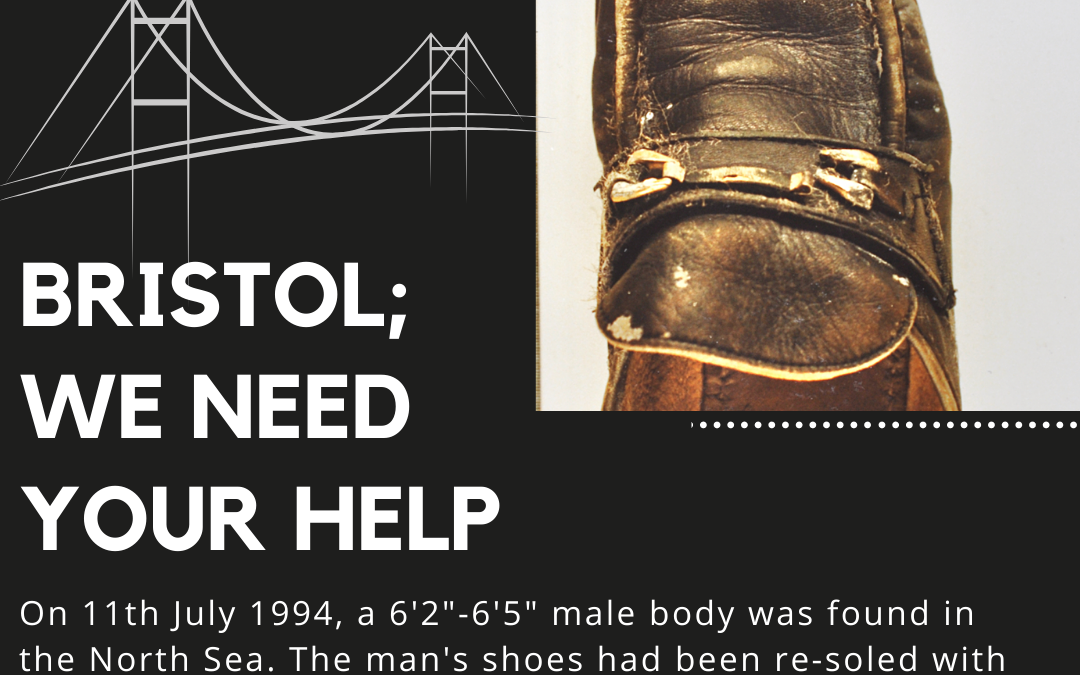 The link to Bristol is through the brand of shoes. These were relatively expensive shoes, made for the English shoe manufacturer Church & Co Ltd. The shoes had been re-soled with Phillips soles and had replacement heels manufactured by Dinkie Heel PLC, Bristol with the inscription I.T.S. Jubilee and a stylized crown.

In addition, he was weighed down by two iron ‘cobblers feet’ tied to the belt of his trousers. The two iron cobblers feet are not identical, but both weigh 3kg and are stamped with manufacturers name AJK (a manufacturer in Bristol). 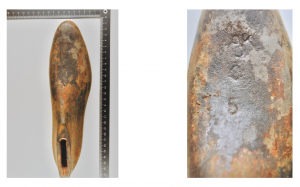 ‘Cobblers feet’ are used by a cobbler for mending shoes, however it could have also been used in large manufacturing when help with mending was required. It would have been attached to an iron stem, which was usually attached to a bench. The shoe or boot sits on the iron last. The sole is uppermost during repair or when driving nails / rivets into the sole. As the nails are driven through, they hit the iron foot and the points are turned over and clenched on the insole. They are an essential piece of cobblers/maker’s kit.

Locate International are renewing their appeal and are looking to leverage the community of Bristol – either present or past – to help spread awareness of one of the most intriguing cases in years.

Locate International is a Registered UK Charity No.1197991 and is built of specialist teams from different disciplines and volunteers from local communities. Over the last three years, we have built a solid foundation through creating collaborative opportunities with universities, experts with academic research, and exploration into cold cases with direct access to specialists around the world. Our mission is to locate the missing and name the unidentified, and our vision is that every missing and unidentified person receives the highest quality investigation.