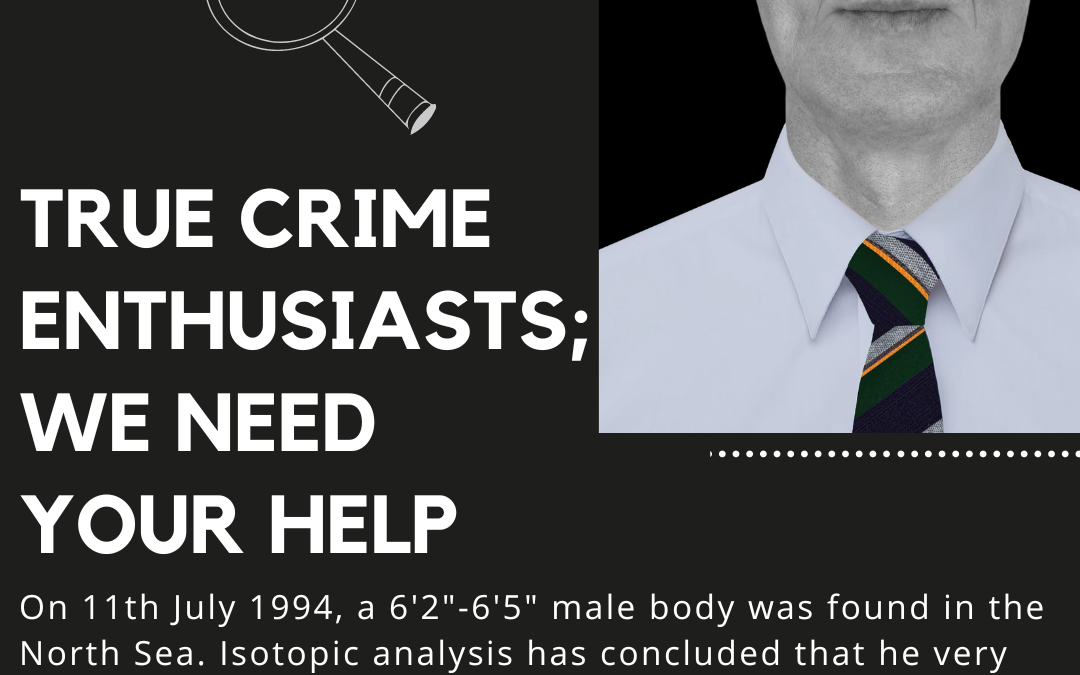 Dave Grimstead, CEO of Locate International, is a well respected retired SIO, who is admired by many in the true crime community. He worked extensively in the field of international and serious organised crime with the UK National Crime Squad (now NCA).

Dave has utilised his expertise in covert operations, leading successful investigations to tackle trafficking of drugs and people. As a national surveillance trainer he has collaborated on joint operations with customs and excise and security services, and led on the development of operational teams.

The man was weighed down by two iron ‘cobblers feet’ tied to the belt of his trousers. The two iron cobblers feet are not identical, but both weigh 3kg and are stamped with the manufacturer’s name AJK (a manufacturer in Bristol).

‘Cobbler’s feet’ are used by a cobbler for mending shoes, however it could have also been used in large manufacturing when help with mending was required. It would have been attached to an iron stem, which was usually attached to a bench. The shoe or boot sits on the iron last. The sole is uppermost during repair or when driving nails / rivets into the sole. As the nails are driven through, they hit the iron foot and the points are turned over and clenched on the insole. They are an essential piece of cobblers/maker’s kit.

Locate International are renewing their appeal and are looking to leverage the true crime community to help spread awareness of one of the most intriguing cases in years.

Locate International is a Registered UK Charity No.1197991 and is built of specialist teams from different disciplines and volunteers from local communities. Over the last three years, we have built a solid foundation through creating collaborative opportunities with universities, experts with academic research, & exploration into cold cases with direct access to specialists around the world. Our mission is to locate the missing & name the unidentified, and our vision is that every missing & unidentified person receives the highest quality investigation.