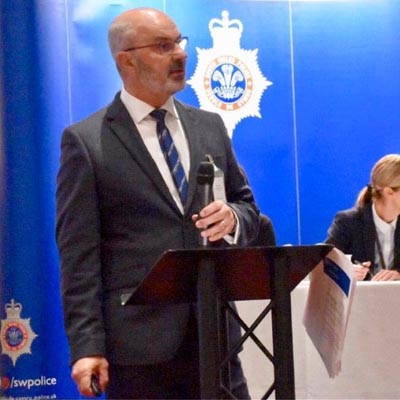 Kevin until recently was a Major Crime Review Officer with Devon and Cornwall Police with over 47 years’ experience in law enforcement. After retiring as a detective Kevin specialised as a major crime review officer. Kevin has debriefed hundreds of murders, stranger rapes and missing person investigations; identifying good practice and learning, which is then cascaded within Devon and Cornwall Police and the South West Region.

Kevin has also successfully investigated a number of 1980s unsolved stranger rape cases resulting in several prosecutions. He has given presentations on these cases to the annual National Review Officers Conference in Cardiff and the National Sexual Offences Conference in Salford.

During his 47 years of investigative experience Kevin was involved in numerous investigations into murders and other major crime, including the 2008 Giraffe Restaurant Bomb attack in Exeter.

Kevin was part of a small team of detectives that reinvestigated the disappearance of Genette Tate (missing since 1978) from 2003 until the death of the main suspect Robert Black in 2016.

Kevin wants to bring his experience working on major crime reviews and unsolved cases to missing people investigations. Kevin will apply his expertise to the establishment of Locate Centres for Missing People Investigations across the United Kingdom.